Cornerstone Wellness Center is different. We started as a chiropractic clinic, but our service offerings have grown as we continue to seek solutions to managing pain and creating a better life for our patients. 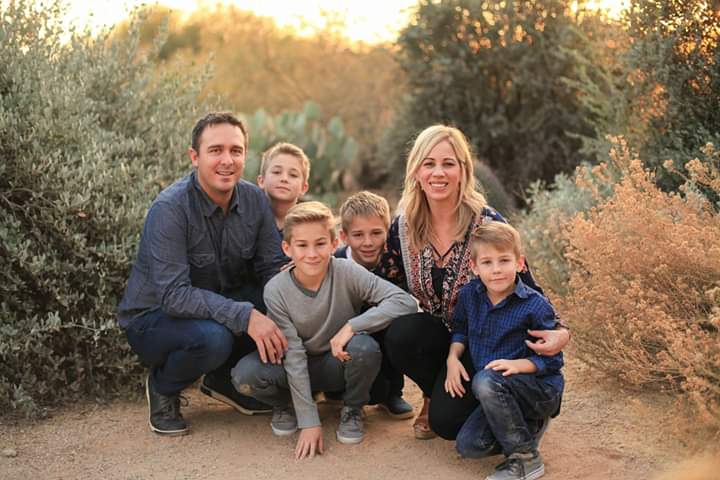 Dr. Clay Warren completed his undergraduate studies at Azusa Pacific University in Southern California. He went on to earn his Doctor of Chiropractic degree from Western States University in Portland, Oregon, where he graduated with clinical honors. After graduation, Dr. Warren gained valuable clinical experience during his first year of practice in Oregon. Then in 2006, he and his family decided to relocate to Mesa, Arizona where he established his own practice.

Dr. Warren holds a physiotherapy license and has served as the team doctor for the Sun Devil Combat Sports program at Arizona State University’s Polytechnic campus. He is an active member of the Arizona Chiropractic Society. Dr. Warren is currently working toward earning his diploma in sports medicine.

Dr. Warren and his wife Ann married in 1999 and have four children (all boys!). Dr. Warren was formerly a tennis coach, and he still thoroughly enjoys the sport. He also plays racquetball, practices martial arts, and actively enjoys other sports including golf.

Our professional staff is mindful of your busy schedule. We can fit you in the same day.

Our beautiful office is clean and conveniently located. Come in and see for yourself.

We have some of the top healthcare professionals in the world working at our clinics.

We specialize in multiple areas of wellness. Come in and see how we can help you.

Here at CS, we strive to provide nothing but the very best care. We adapt each treatment based on your individual needs.

We are pleased to announce that most insurance plans are accepted here at Cornerstone Wellness Center.